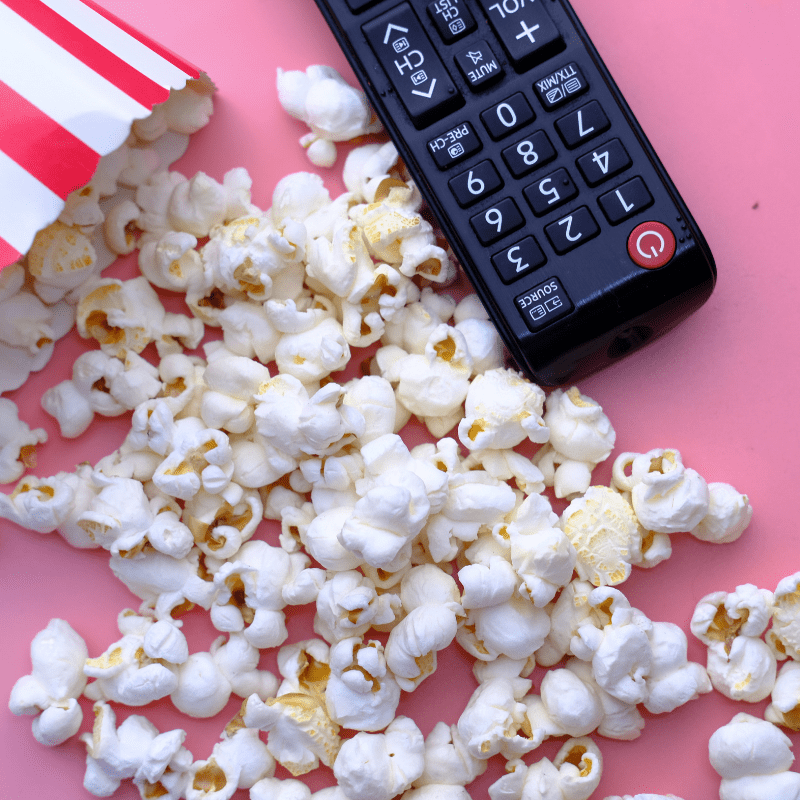 12 Netflix Movies that will Lift Your Mood

Filed under:
Self Care

No one knows how to make you feel better like Netflix. With a large library full of oldies, goodies, and newbies, your options are limitless. New movies are constantly being added, and older movies are always being recycled. If you are in a down mood, here are 12 Netflix movies that will lift your spirits!

1. Spiderman: Into the Spider-Verse

Join Miles Morales in this suspenseful, and exciting film. After he is bitten by a radioactive spider he develops these powers and is trying to figure out how to deal with them. As if that weren’t enough, all these other radioactive superheroes come from different dimensions due to a powerful machine by the villain. Watch what happens and see if they are able to come together to save the day.

It’s great for the whole family, and even though it’s a cartoon, kids and adults can equally enjoy it. The soundtrack is great, and the content keeps you on your toes the entire time. If you are looking for a heartwarming, family friendly, pick-me-up, then this is the movie for you!

This Addams Family movie is the 1991 rendition with big names like Christina Ricci and Anjelica Hurston. The film follows the story of a supposed long-lost family member of Fester Addams. However, after asking him some questions, Morticia begins to doubt this man is really connected to them. Figure out what this man is really up to, and what the Addams family does to try and combat his swindling tactics.

Enjoy this deadpan comedy that gives you the tug of nostalgia you may need. Perfect for Halloween, or just a random Tuesday night when you need a smile, The Addams Family is perfect. Check it out today and don’t forget to snap along to the song!

A class film whose wardrobe has been rendered over and over again, Clueless, is a perfect Netflix movie to lift your mood. Clueless features Alicia Silverstone and Paul Rudd as they navigate the weird waters of crushes, teenage years, and wanting to help the world. Cher, the main character, is a rich daughter of a lawyer with grandeur expectations for love. Does she find it? Watch to find out, while also watching the personal growth that she makes throughout the movie.

Not only will you enjoy the wardrobe and the underlying comedy of the movie, but you will also smile at the hilarious support cast. Dionne and Murray’s relationship, alone, is enough of a subplot to completely lift your mood. See the story of these high schoolers and revel in the 90s lifestyle that will fill your heart full of nostalgia.

4. To All the Boys I Loved Before

This is one of Netflix’s newer original films. To All the Boys I loved before features Lana Condor, a young actress who is new to the screen as the main character, Lara Jean. Everyone writes fake love letters to their crushes, but they would fall through the floor if those love letters ever escaped their private clutches. Well that is exactly what happens to Lara Jean Covey in this romcom. What happens when all of her love interests approach her about the contents of her letters? Experience each confrontation in this adorable movie.

If you are experiencing stress, issues with love, or just are having a rough day, this movie is the perfect thing to bring you out of that darkness.

The Wayans brothers never disappoint. A family of entertainers, they are the go-to for raunchy, inappropriate, knee-slapping comedies. Sextuplets is no exception. Alan, the main character, has a baby on the way. But during this pre-baby bliss, he finds out that he has five siblings that he has never met before, and they are all a part of the sextuplet that he was born into. Wanting to meet them all and bring the family together before the birth of his child, he and his new brother go on a road trip.

This movie probably isn’t the best thing for kids, but it definitely will pull you out of whatever slump you are in. If you have seen any other Wayans’ movie, then you already know what to expect, tears in the eyes and pains in the sides.

Jane Villanueva, whoops, Gina Rodriguez steps out of her Jane the Virgin box for this new project. Another Netflix original, follow Jenny, a music producer, as she is on a journey to love. She thought she found it, but was then dumped by her long-time boyfriend, right before moving to San Francisco for her dream job with Rolling Stone. She and her friends decide to have one last WHOORAH in New York City before she goes.

This diverse and fun cast is the type of girl power you may need after experiencing some heartbreak yourself, or when you’re feeling a little disconnected from your friends. Laugh along with them as they journey through some situations you may, also, find yourself in.

Seriously Single is a 2020 Netflix original film featuring two women in South Africa. That’s the beauty of Netflix, you can find actors and movies from all over the world, getting exposed to different cultures. This movie centers around Dineo, a social media expert who has been dumped by two former loves. She can’t stop following what they are doing on the internet, and letting them treat her as an afterthought. Her best friend is on a mission to help her have fun and celebrate her singleness, while also helping her learn to appreciate herself.

Relationships with guys may end, but the ones with your girls last way longer. These friends will make you laugh, appreciate your friends even more, and leave you with a smile so big, you forget why you were even sad to begin with.

If you have any memories from the 2000s, the Daddy Daycare movies definitely come to mind. Well this takes a different spin on that classic. This is the story of a man who is convinced by the daughter of an older gentleman to let him come hangout at his house so she can have a break. At first, he declines, but after hearing how much senior homes charge for the same thing, he decides to enter the business himself. Is this going to work out?

Who knows, and if it follows the theme of any other comedy, probably not. But that doesn’t matter when you are cracking up at the ironies, mishaps, and just plain bad luck. It’ll make you forget about your own for just a few moments.

9. Always Be My Maybe

Everyone has that one person in the back of their minds that maybe got away, or could have been a potential mate, but life just didn’t work out that way. This situation is definitely the plot of Always Be My Maybe. Ali Wong, who plays Sasha, is dumped by her long-time boyfriend and put back on the market. She feels really bitter about it, however, happens to run into an old friend that she hooked up with, but things just never flourished. After her break up, they spend some time together, but do they end up together forever?

This hilarious and diverse cast will give you the feel good, mood lift that you need.

The movie that would have been a box office hit (personal opinion), The Lovebirds was release straight to Netflix so audiences wouldn’t have to wait until the end of COVID to enjoy it. It features the hilarious, and loveable, Issa Rae, as well as the entertaining Kumail Nanjiani. This couple is going through it while on their way to a friend’s gathering. But after being stuck in the middle of murder, they reunite while they run away from the police and try to clear their name.

Just watching the trailer, you will be able to see just how hilarious this movie is. From the costumes to the peculiar situations, this is the perfect movie for a date night, girls’ night in, or some quality time by yourself.

The iconic Jennifer Aniston is the mother of Willowdean, portrayed by Danielle Macdonald, in this feel good film. Willowdean is not your average pageant girl, but Jennifer Anniston is the local celebrity and director of the highly sought-after local pageant. Breaking cultural standards while also making the audience laugh, Willowdean is on a mission, as well as several other non-stereotypical pageant entrants, to change the status quo and finally get her mother’s attention.

Anyone who is having a tough week, struggling with self-confidence and feeling low, this movie is for you. It is so easy to feel like everyone around you has it all figured out and is living their best life. When in reality, we are all struggling. Some people are just hiding it with lots of confidence which is what you will learn to develop after watching this movie as well.

Another Jennifer Aniston movie, alongside comedy legend Adam Sandler, this is like a real life take on the game Clue, as well as a culmination of several murder mystery books. This couple goes on a vacation and are invited on a yacht. However, when someone gets murdered, everyone on the boat points at them. In an effort to clear their names, they go on a mission to figure out who was really the murder.

This action comedy wraps up our list because anything with Jennifer Aniston and Adam Sandler is guaranteed to leave you with a huge smile. So, if you’re having a hard time, take a load off, turn on Netflix, and check out some of these awesome films!

. Research has also shown that by consciously pra

. Signs of a people pleaser 📍 You want everyon

. Though some may think that a boundary is a grud